The Invasion has Begun

Once every 17 year, these little critters emerge for a very short lifespan: their sole objective: procreation.
Question: Why do they stay underground for 17 years? (5/2004)Answer: There are a number of theories. Most likely they've developed this rhythm to avoid predators. Climate events -- perhaps the Ice Age -- are also factor.
More info here
Populations of the periodical cicada species are synchronized, so that almost all of them mature into adults in the same year. The fact that periodical cicadas remain locked together in time is made even more amazing by their extremely long life-cycles of 13 or 17 years.
Periodical cicadas are found in eastern North America and belong to the genus Magicicada. There are seven species -- four with 13-year life cycles (including one new species described in 2000), and three with 17-year cycles.

WHAT TO DO IF A NUCLEAR DISASTER IS IMMINENT!

Lack of clean water will devastate your family much more quickly and more severely than any lack of food. Without water for both drinking and continued good sanitary practices in food preparation and for bathroom excursions (which will inevitably be much less sanitary than normal), debilitating sickness could rampage through your household with little hope of prompt medical attention. That is a highly likely but, avoidable, disaster, ONLY IF you have enough water.
Source: http://www.ki4u.com/guide.htm
Note: remember to print the guide as, in the case of this scenario, your computer will no longer work... For those of you who've seen "An Inconvenient Truth", there's a scene in the documentary where A.Gore talks about a big chunk of Antartica that's melting: here's the proof by NASA...

Where have U been?

Optimum Population Trust - a British charity wants you to have no more than 2 kids! 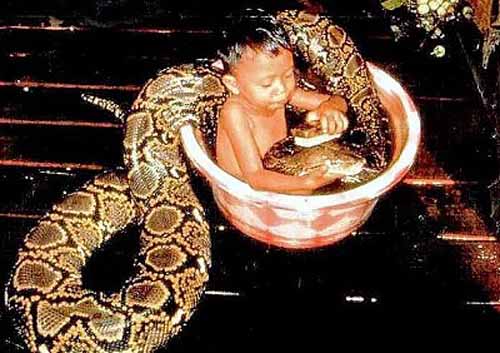 pic source
Being a young proud father of 2 kids and planning for #3, I found myself dumbfounded by the latest communqué from these creepy Brits - the Optimum Population Trust : on the news last night was the statement that choosing to have a 3rd kid was the equivalent of pumping additional greenhouse gasses into the atmosphere of approx. 620 round-trip transatlantic plainrides!

These creeps base their theories on Luddite, Club of Rome & Club of Lisbon post-Malhtusian freakonomics...

For more guestimates on current population size: see the US Census at http://www.census.gov/ipc/www/popclockworld.html (it stood at 6,593,737,707 at the time of this post)

Presidential elections in France have a tendency to be a high-octane political thriller with last-minute landslides - see notably our post on the 2002 elections, and especially the 2nd tour which positioned outgoing Chirac against right-wing Le Pen. This 2007 Sarko-Ségo race turned into a spectacular fight between 2 highly-coached expert communicators: the right one have the advantage/disadvantage of coming out of an outgoing government, the other being a very eye-candy camera-pleasing socialist woman who happens to be married to France 1st Secretary of the Socialist Party.

A part from the very interesting televised debate and the spitting confrontations over the last months; commentators agree that the Socialists went too far in diabolizing Mr.Sarkozy and even menacing that there would be riots if he was elected...

One should, in politics, always try to master his temper and this is exactly what Mrs. Royal lost, thinking she could outrace Mr.Sarkozy with her image of "Mariane saving the republic"...

Sidenote: as a son of immigrants, Sarkozy can permit himself to adopt staunch measures on criminality etc... In this position, he is much harder to critizise than e.g. Le Pen.

By the end of this century, Earth could be hotter by 6 degrees centigrade than it is today, says the Intergovernmental Panel on Climate Change. Just how bad would that be? Mark Lynas sifted through thousands of scientific papers for some answers, by degrees.

summary of the article found here

While a staggering number of people are living on less than 1 dollar per day, an increasingly large number of large people is sufferin from obesitas... According to the World Health Organization, the obesity problem has reached epidemic proportions. The statistics are alarming: