It takes a kid to turn you into a man

Excellent article by serial entrepreneur Luke Johnson, contributor to the FT and who's having his first child later in life. some extracts of note

...But becoming a father has a healthy, humanising impact, putting all the stress and ambition into perspective.

And so I have found that the favourite small talk in the 21st century among entrepreneurs is not football - thank God - but discussing one's family, as a civilised contrast to all that wealth accumulation. This is the first generation of New Man executives, whose chief hobbies are not golf and drinking but their children. These business leaders can not only close a sale or raise venture capital but they can also change a nappy, baby-sit and talk knowledgably about schools and exams.

This is a huge behavioural change from their predecessors of the 1960s and 1970s. The old-fashioned boss delegated all child-rearing to women: the wife or perhaps the nanny. He was rarely there for carol concerts or parents evenings - sometimes he was not even there for the birth. He was too busy building a fortune and, in the evenings, socialising with work clients or bankers. But, nowadays, I'm not alone in regularly slipping out of the office early to be home in time for the children's bath and a bedtime story.

Will we make better dads? I hope so. Will it compromise our careers and stunt our material success? Will our children thank us for the extra attention? Who knows?

...Those who marry and have children young face tougher choices. Do they go all-out for success and perhaps miss their children growing up? It is pretty hard to get ahead if you are willing to do only short days and never work at weekends.

...I have met plenty of alpha males who have achieved great things but sacrificed their personal lives along the way. Often they divorced because they were never at home. Sadly, material success tends to come at an emotional price.

... (la question à cent balles)
Should entrepreneurial fathers want their offspring to follow in their footsteps?

Everyone should decide their own path in life, even if there is a family company to inherit. Dynasties and nepotism only work if the candidate has genuine talent and appetite for the role. For those who are the offspring of renowned patriarchs, I advise pursuing a completely different profession, so unfavourable comparisons are impossible. As 19th century humorist Austin O'Malley said:

"The worst misfortune that can happen to an ordinary man is to have an extraordinary father."

I was lucky in that my dad taught me to make my own way in the world and believe anything is possible. It is sad that so many captains of industry have a single overwhelming regret: that their father never lived to see them become the conquering hero.

After all, entrepreneurs and children ought to get on well since they are similar in many ways: impatient, self-centred, demanding, enthusiastic, energetic and wilful. At board meetings it can occasionally be difficult to tell them apart. But, perhaps, that is what makes them fun to have around.

The writer is chairman of Channel 4 and runs Risk Capital Partners, a private equity firm

The remarks made below by the Chairman of the Singapore World Water Week, should shed some light on the ongoing debates of the "international water community".

SINGAPORE, June 26 (Bernama) -- Access to safe drinking water and to sustainable sanitation should be recognised as a human right, according to a statement at the closing of the water leaders' summit here Thursday.

Singapore International Water Week chairman Prof Tommy Koh said the governments of developing countries should stop using their "under-developed" state as an excuse for not fulfilling their responsibility to their people.
Presenting the statement here, Koh said there were over one billion people in the world, 700 million in Asia alone, who did not have access to safe drinking water which was essential for life.

He said the problem was not primarily due to inadequate financial resources, but to the absence of political will, mismanagement, lack of coordination, marginalisation of the poor and lack of a coherent water strategy.

Koh said there were many success stories on water from developing countries such as Cambodia, Bangladesh, the Philippines and Fiji.

It was also important to educate the people on the value of water and the need to conserve and not waste water, he said, adding that water should be sold at a price which reflected the real cost of water.

Koh said the summit acknowledged that the people lived in a diverse world and different countries needed different levels of water technology.

The summit concluded that more investment in research and development in water and the environment should be encouraged, and efforts to foster public-private partnership in solving water problems be doubled.

Koh said recent progress in water technology, such as desalination, reverse osmosis, membrane technology and their declining costs had enabled many cities, regions and countries, including Singapore, to solve their water problems.

Email ThisBlogThis!Share to TwitterShare to FacebookShare to Pinterest
Labels: absence of political will, Conservation, human right to water, politics, water

See this great routine on STUFF and below on the FLAMETHROWER

It may be a bit of a drastic approach,
but it sure as hell is tasty...

Throw away the organic materials into the compost vat

Email ThisBlogThis!Share to TwitterShare to FacebookShare to Pinterest
Labels: The VW Clan 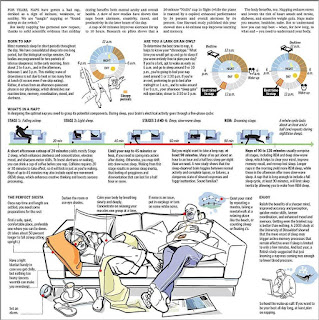