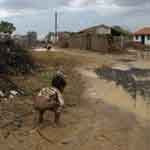 In Belgium: over 250days with #NOGOV
in the meantime in India; the sanitation crisis keeps on raging, but innovative solutions and proposals are on/off the table

If you don't have a toilet at home, you might not get a bride in India. In a silent revolution of sorts, Indian women across the country, especially in rural and semi-urban areas, have a single condition before they agree to a match – the groom must have a toilet in his home. 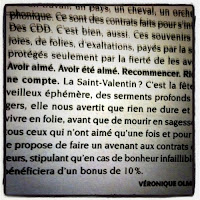 It illustrates the complete lack of civism on behalf of our elected officials, that's all.

How many of those past 249+ days have REAL negotiations taken place?
And what is the common goal? to mock the voter, to achieve media coverage in view of inevitable upcoming (local, regional or who knows even federal) elections?
The utter incapacity to even hammer out a minimal coalition programme points to a sort of "alors on danse" "tout va bien madame la marquise" "weimareske" dreamworld where our political caste (refuse to call it an elite) parties "all night long".

If politicians are serious about accountability, then they better start coming up with some evidence that they've actually done something else than mud-slinging.

As I've mentioned earlier (and long before M.Temmerman); we should impose a no cure no pay, no cure no sex ban on all those involved, including the opposition parties.


Reading: Ranulph Fiennes expedition stories
Viewing: Basta, the best show produced by Neveneffecten/Woestijnvis so far.
Listening to: Anna Calvi, Black Eyed Keyes,
Thinking:
You can run from what's chasing you, but you can't run from what's boiling inside you (Ruandan proverb)
"If you fail... fail cheap, fast and forward"
"If you're a tank battalion commander, choose your HQ wisely... in the latest model Abraham, instead of in a cloth tent" #entrepreneurship
Travelling: Paris weekly and soon to the Alps
Last picture: insta.gram application on iphone: http://wacondah.tumblr.com/