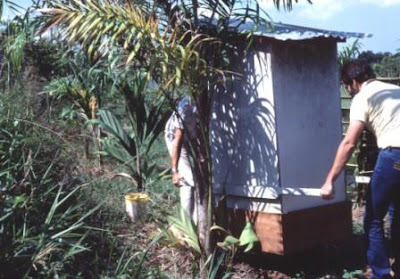 11.11.11. is suing Mr. Thierry Debels who has written a best-selling and insightful, yet critical book on the way Belgian development organisations work, raise money... campaign and then spend the remainings on real cooperation. Citing moral and economic prejudice, the leaders of the organisations bring Debels in front of the courts on May 22 2008 calling it "already proven" that Debels has damaged 11.11.11's reputation.

questions from our side:
- please please please let the courts decide...
- and then... let's have a DEMOCRATIC debate in Parliament, and not through the media
- while there is nothing against devcorp in general and 11.11.11 practices in particular, let's have an open discussion on how we want to fund development activities? and please, do not proclaim that NGO's are democratic and representative...
- as citizens we must call our governments to responsibility: there is a long-taken commitment to spend 0,7 % of GDP (dates from the seventies...): let us spend that money wisely through democratic and transparent channels that deliver results, for the poorest of the poor, and in areas where real differences can be made

Serentiy in the debate can only start by full disclosure and transparency: the cases cited by Debels in his book should be brought into the open, through parliamentary inquiries. Until further notice, free speech stands.

Lord Stern, author of the landmark 2007 Report for the UK Gov't admitted earlier this month that he underestimated the
- risk
- damages
-.... and probabilities of
increasing temperature beyond +3°C over the next 100 years.

In the report, he estimated the costs of climate change at between 5 per cent and 20 per cent of global gross domestic product. But Lord Stern said data published since the report came out had led him to change his mind.

Victim of ferocious attacks, calling Stern a "scarmonger", his Lordship traveled the world trying to convince public opinion and world leaders that immediate, thorough and desperate actions are needed... which led to the December 2007 UN Agreement in Bali that we'd negotiate for another 2 years to find some way of following-up on Kyoto.

You'd become a sceptic reading this stuff... or you could go about changing your own habits?

Wanted: Special Forces for the Belgian Army: Civilians may apply

This is simply unbelievable:

the Belgian Special Forces cannot find enough recrutable candidates within its own ranks: this has today with lack of motivation, according to De Standaard...

Nico Marquardt used telescopic findings from the Institute of Astrophysics in Potsdam (AIP) to calculate that there was a 1 in 450 chance that the Apophis asteroid will collide with Earth, the Potsdamer Neuerster Nachrichten reported.

NASA had previously estimated the chances at only 1 in 45,000 but told its sister organisation, the European Space Agency (ESA), that the young whizzkid had got it right.

Both NASA and Marquardt agree that if the asteroid does collide with earth, it will create a ball of iron and iridium 320 metres (1049 feet) wide and weighing 200 billion tonnes, which will crash into the Atlantic Ocean.

The shockwaves from that would create huge tsunami waves, destroying both coastlines and inland areas, whilst creating a thick cloud of dust that would darken the skies indefinitely.

The 13-year old made his discovery as part of a regional science competition for which he submitted a project entitled: "Apophis -- The Killer Astroid."

Cats - as explained by engineers

When the FT encourages you to read up on chicken behaviour

Roosters & Hens: we're in for some serious societal changes:

A roosters' job is to watch over the hens. Even if he has only one female, a rooster will stand near her through the day as she scratches in the dirt for morsels, and takes dirt baths. He will crow throughout the day, letting the world know, "I'm the man!"

Build your own coop! Give more freedom to your chickens (and design...)
More information: "Backyard Chickens"

Starting April 26, please go vote for Gaasbeek: since we're probably the lowest populated village among the 15 nominees in Flanders, we rely on your votes!

Het gaat namelijk over u!

10 years later, Michael Haeneke delivers a powerful blow to what he calls "the american way of life". Some repeat this mantra over and over again that the US way of life is "negotiable".

The Lebombo bone is the oldest known mathematical artifact. It dates from 35000 BC and consists of 29 distinct notches that were deliberately cut into a baboon's fibula. It was discovered within a cave in the Lebombo mountains of Swaziland.

Just when you think you're freed of Maths forever, here it springs back to life! Including 3-d representation of fantastic objects with a real sci-fi feeling (hypercube anyone, or do you view it as a tesseract...)

A through masterpiece of contemporary engineering, and a classic example of prime and luxurious European-style travelling, the Thalys connection between Paris and Brussels now offers high-speed internet! Blogging at 300km/h! Welcome to the future...

Email ThisBlogThis!Share to TwitterShare to FacebookShare to Pinterest
Labels: techno, The Matrix Today (not tomorrow)

The Bear and the Two Travelers

TWO MEN were traveling together, when a Bear suddenly met them on their path. One of them climbed up quickly into a tree and concealed himself in the branches. The other, seeing that he must be attacked, fell flat on the ground, and when the Bear came up and felt him with his snout, and smelt him all over, he held his breath, and feigned the appearance of death as much as he could. The Bear soon left him, for it is said he will not touch a dead body. When he was quite gone, the other Traveler descended from the tree, and jocularly inquired of his friend what it was the Bear had whispered in his ear. "He gave me this advice," his companion replied. "Never travel with a friend who deserts you at the approach of danger."

Misfortune tests the sincerity of friends.

RAT: Don't be too quick to squeal in revulsion: Rats are surprisingly intelligent and, actually, quite a bit like us. They giggle when tickled, they're sociable, they appreciate, even anticipate, sex. They also know their own intellectual limits, called metacognition, a trait thought limited to apes. In audio tests in which rats were rewarded for correct answers, given nothing for incorrect answers, and given a small reward for admitting "I don't know," they opted for reliable (albeit meager) "I don't know" treats when they lacked confidence in judgment. Not too shabby for filthy alley vermin.

Listed on the Telegraph's 101 Useful websites, DAFONT.com enables you to download any font you might think off... Try the "Kids" category for hours of fun printing invitations, cartoons & drawings...