Bono & Sachs are blogging at the UN

Bono & Sachs, 2 protagonists of the ONE campaign (and DATA and Live8 and ...) are in NYC, covering the UN General Assembly and MDG-Summit. read their blog on the Financial Times' website at http://www.ft.com/devdiary

One thing is for sure: these 2 fella's aren't in it for the money: in fact: they are wasting their money and resources in trying to convince governments and institutions to step up AID,...drastically.

The UN meetings were abuzz that the US could find $700 billion for a bailout of its corrupt and errant banks but couldn't’t find a small fraction of that for the world’s poor and dying.

Or as SACHS puts it:

It’s easy to be cynical about grand challenges like the MDGs. When world leaders assembled at the UN in September 2000 on the eve of the new millennium and adopted eight goals to fight poverty, hunger, disease, and deprivation by 2015, most of the leaders at the UN and those in public paying attention probably expected that the goals would sink out of sight by the next week’s news cycle. Global goals are for photo ops, not for grown-ups, is a popular view of our cynical age.

Yet something has happened which brings world leaders back time and again to declare their commitment to the MDGs. Part of it is the stark reality that 10 million children under the age of 5 die each year of extreme poverty. Even the most hardened of cynics know that this stark fact is dangerous for our hopes for peace and stability, as well as for sustaining human values and quality of life on a crowded planet.

Part of the continued interest is the understanding that the MDGs are not fantasies but practically achievable objectives. Measles deaths have been reduced by 91 per cent in Africa since 2000 through MDG-based initiatives. Malaria deaths have plummeted in recent years in Rwanda, Sao Tome, Zanzibar, Ethiopia, Kenya, and other countries, because of the mass distribution of bed nets and effective medicines. Food production has roughly doubled in Malawi because of an ingenious voucher program for seed and fertiliser for impoverished farmers.

A third reason for the MDG staying power is that poor people and their governments have taken seriously the call to fight poverty. Throughout Africa, governments and NGOs have devised specific plans of action – to grow more food; train community health workers; extend coverage of medicines for AIDS, TB, malaria and other killers; pave roads; and install solar-power pumps for safe water and irrigation. The plans have been made. Special financing mechanisms like the Global Fund to Fight AIDS, TB, and Malaria have been devised, and have proven their worth.

The laggards in the struggle for the MDGs are not the poor countries or their ostensibly corrupt governments. The laggards are the rich world, so full of promises and high rhetoric and so low on delivery. The MDGs are falling short because of a lack of promised financing to put in place the clinics, schools, roads, power, and other investments needed for their success. Six years ago, the rich countries pledged in Monterrey, Mexico to “make concrete efforts toward the international target of 0.7 per cent of GNP in official development assistance.” Yet the United States stands are 0.16 per cent, Japan at 0.17, Italy at 0.19, Canada at 0.28, Germany at 0.37, and France at 0.39. 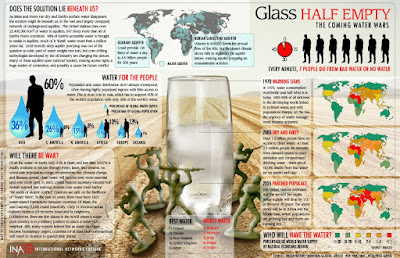 Email ThisBlogThis!Share to TwitterShare to FacebookShare to Pinterest
Labels: water 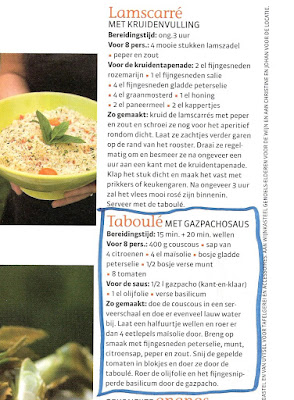 No more excuses! Tune your Wifi to wacondah and look for workout category! (courtesy of the Stockholm Scandic)

Email ThisBlogThis!Share to TwitterShare to FacebookShare to Pinterest
Labels: sport

* The global market for desalination currently stands at about US $35 billion annually and could double over the next 15 years.

* In 2002 there were about 12,500 desalination plants around the world in 120 countries. They produce some 14 million m²/day of freshwater, which is less than 1% of total world consumption.

* Among industrialized countries, the United States is one of the most important users of desalinated water (6.5%), especially in California and parts of Florida.

I want one of these seems like the ultimate adult toy sotre!